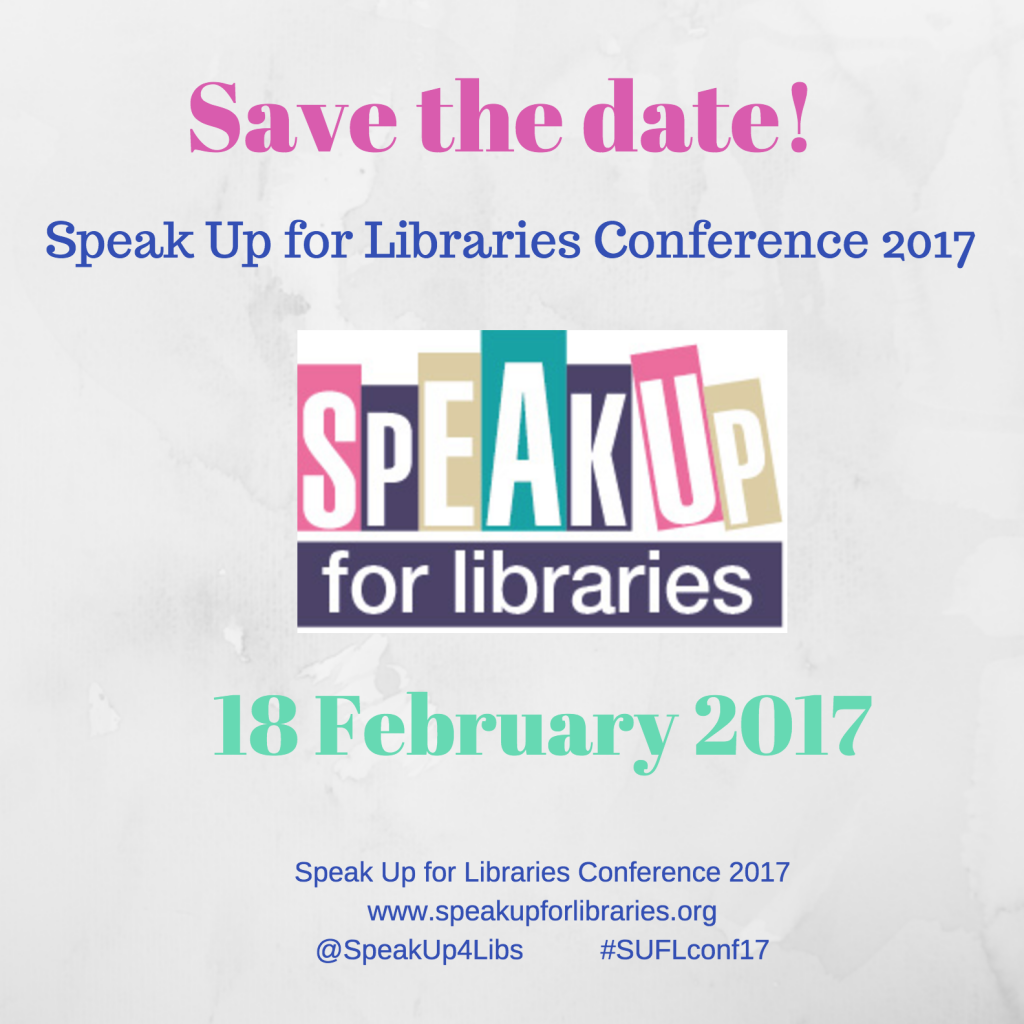 This will be held in a central LondonÂ location with good transport links.

Speakers,Â details of venue and a full programme will be announced shortly, so put the date in your diaries and watch this space.

This is an event open to anyone interested in libraries including library users, library workers and those who campaign for libraries.