The Speak Up for Libraries Conference is fully booked!

We are at maximum capacity and will be unable to accommodate anyone turning up on the day without a firm booking.

All delegates have been sent an update today, confirming arrangements for the day.

If you have booked a place and you are unable to attend please let us know so that we can try to offer the place to another on the waiting list.

A room at The Marlborough Arms in Bloomsbury, a short walk from the Conference venue, has been booked for the post conference event, and anyone is welcome to join us.

This year’s Speak Up for Libraries  national conference on public libraries is this Saturday, 22 November in central London.  It will bring together local campaigners, union members, library users and library workers - and give them a rare chance to talk directly to the people who make the decisions at national level. This is crunch year for public libraries, with a general election due and two major inquiries - on England and Wales - reporting soon. 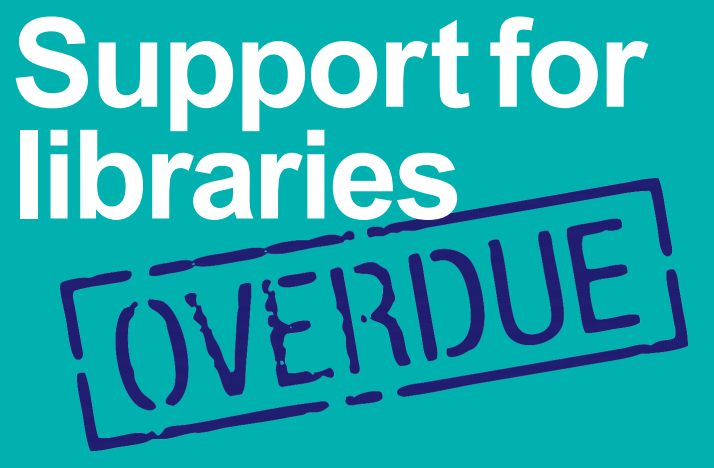 Sue Charteris, panel member of the Sieghart Review in England
Claire Creaser, chair of the Welsh Review of the Public Library Service 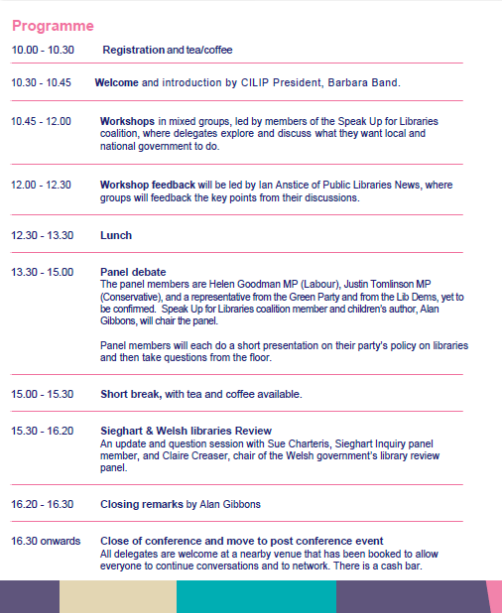 And the hashtag for this event is #SUFLconf14

Since 1 April 2013, 693 professionally managed libraries (static or mobile) have already been lost in this way or remain under threat (out a UK total of c.4,265). Yet further damage is predicted as local authorities plan for further significant reductions in their funding.* This has major implications. Public libraries - especially small branches in deprived communities - are a vital resource for families, pre-schoolers, students, older people, benefits claimants, job seekers and all who need internet access, books, information and the essentials for citizenship. Properly staffed public libraries are irreplaceable, and cost very little to run.